On 6 June, 2015 Wilfried Huismann was a guest speaker at the Buchtage Berlin 2015, a key German book industry gathering. In his talk Huismann recounted the PandaLeaks “journey”, a road peppered with legal landmines. He shed light on the dangers of a creeping self-censorship, reminding the publishers and booksellers present of their responsibility for upholding freedom of speech – or rather, freedom of books. Click here for the complete keynote address in German.

Turning Japanese: we are pleased to announce the upcoming publication of PandaLeaks – The Dark Side of the WWF in Japan. The controversial book by award-winning German journalist and filmmaker Wilfried Huismann is currently being translated into Japanese from the English language edition – unabridged and updated. The book is due to be released towards the end of the year by a Japanese publishing house.

PandaLeaks is a journalistic tour de force unearthing the grim secrets behind the warm and cuddly façade of the WWF, Huismann’s exposé went straight to the German bestseller list. This despite the fact that the WWF had initially managed to stop its sale for several weeks with a massive campaign of threats to the book trade. A series of lawsuits launched by the WWF also failed to achieve a book ban. 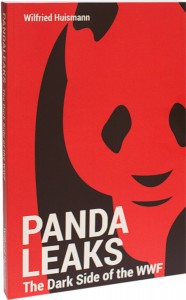 Survival International has launched a formal complaint about the activities of the World Wide Fund for Nature (WWF) in Cameroon. “This is the first time a conservation organization has been the subject of a complaint to the OECD (Organization for... END_OF_DOCUMENT_TOKEN_TO_BE_REPLACED

Out now: Japanese edition of PandaLeaks. This is great news! And by the way: 黒書 means “black paper”. Please spread the word. ISBN：978-4-8461-1516-6 END_OF_DOCUMENT_TOKEN_TO_BE_REPLACED